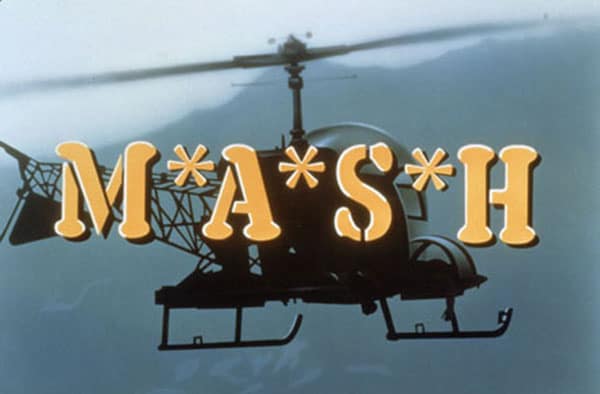 These days employee engagement is big talk in the business world. People want to know how to improve it. Many things get tried including the extremes of free lunches, paid family leave, day care, and pool tables in the break room, however, these perks are just that, perks, and while nice and thoughtful, are not getting at what is potentially the bigger issue.

When I was a kid, the TV show M*A*S*H was popular. You may remember it yourself or may have seen the reruns as they play on multiple stations several times a day. Regardless, the show is a classic example of ensemble acting, an effect created when all members of a cast work together rather than emphasizing individual performance. This unified, team-player type of acting obviously requires a great deal of chemistry among the cast members. How did M*A*S*H do it? How did they accomplish such team engagement?

The secret can be found in a 1979 Boston Globe interview with Mike Farrell, who starred as Captain BJ Hunnicutt in a majority of M*A*S*H episodes. Speaking about cast chemistry, Farrell said that after a table read of the week’s script, Gene Reynolds, a co-creator, director, and producer of the series, would invite the cast members to offer suggestions. “This is unheard-of in television,” Mr. Farrell said. “On most shows they not only don’t care what the actors think, they would prefer actors who don’t think.”

Now, this not only gives us an idea of how to begin fixing the employee engagement problem that is simple and largely cost free, it also gives an inkling as to the deeper problem.

Too many workplaces suffer with old, Industrial-Age management styles where managers are the leaders who think and make decisions while employees are expected to follow and perform tasks rather than use their minds. This is simply outdated and ineffective today. Employees are more educated and more informed. They want to contribute more than another bolt in the widget.

The fix? It’s simple really. Just start involving team members instead of marginalizing them as people who don’t think. Start asking them for their ideas, opinions, observations, and creative input. When I have seen low engagement it is usually when employees are treated like children of yesteryear who were meant to be seen and not heard.

If you are really serious about higher engagement, start with the simple act of regularly talking to your team members and getting their input. They are out there on the frontline and know what customers want. They are the ones working with problematic systems and policies. They know what needs fixing and what needs enhancing. They know more than your managers on a lot of things if you only take the time to listen.

Listening isn’t all. You need to let them implement some of their ideas. You need to take some risk and give things a try. Even though it may be a little unnerving, think about this, do your managers’ ideas always work? No. They don’t. So why do we worry more when it’s a non-manager’s idea? Also, do you think team members will be more or less motivated when it’s their idea? In my experience, when employees are working on something they developed, they take ownership and work harder to see it succeed. Isn’t this what engagement is all about?

So, there it is. With a little conversation, listening, and a willingness to implement some new, employee-driven ideas, you can increase the engagement level, all without buying pool tables or investing in expensive additional benefits.

Try it. Go ask a few questions, listen carefully, learn something, and implement some great ideas. Your business, your customers, and your employees will all reap rewards.